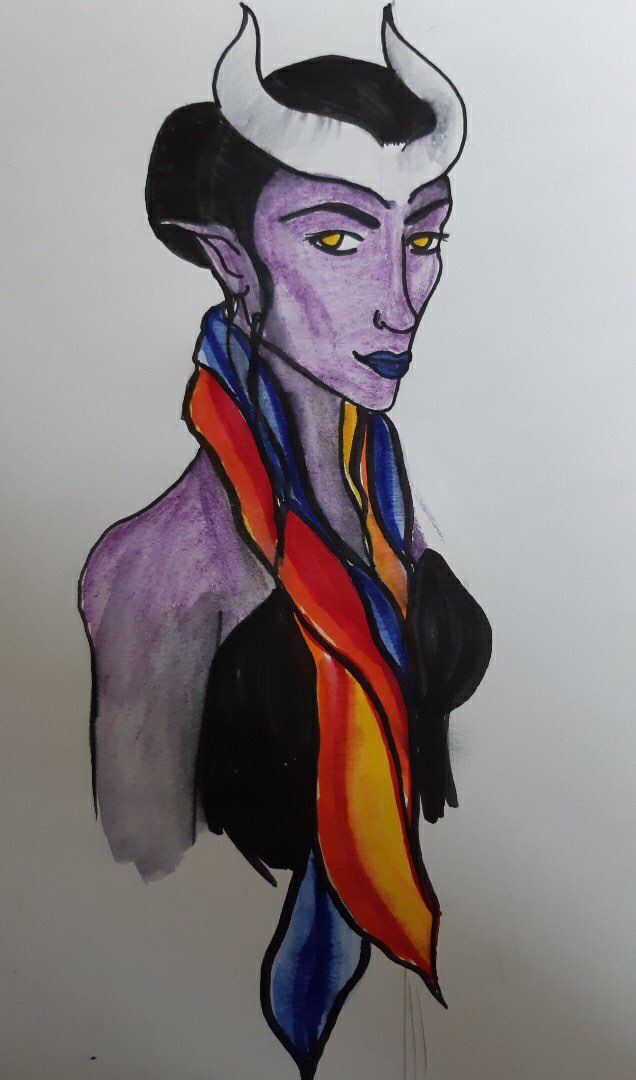 Dark purple skin, jet black hair that either cascades down to the middle of her back in waves or is pulled into a tight bun, solid black eyes, high cheekbones (think Peter Cushing). She wears a cropped black leather bodice trimmed with silver, black leather pants and boots. Her defining fashion feature is an array of colorful, oversized silk scarves the wears around her neck that double as opera cloaks.

Generous and caring but also slightly absent-minded and rather high maintenance. Disaster lesbian.

Youngest child of a noble family. Always tried to help, but no matter how much praise her actions earned, they always ended up bringing shame to her family. Especially when she fell in love with the eldest daughter (Ephygenia Ilphekiir) of a rival house – also when her family’s hatred of Elves became rather visible. They shipped her off to a university so that she could be someone else’s problem. She tried her hand at magic – a family tradition – but found herself better at and more drawn to the alchemical sciences.

Robin:
Robin is a writer, streamer and gamer who can be found on her own channel on twitch or contacted on Twitter @Robin_Schadel