Chelsea is an avid tabletop rpg’er who has been playing for quite a long time now. Chelsea is an actress, director and fight choreographer and has recently started her own Theatre Company here in Calgary.

Chelsea plays Tessakar Stonehammer, the dwarven warlock of Shub Niggurath in the Forge of Fury
Chelsea played Ekkamon the Tiefling Bard in The Caravan of Peril

In The Hidden Shrine of Tamoachan, Chelsea gave us Maryland Jane, the Air Genasi Rogue.

Chelsea then performed as Terry “The Chase” Chase, the teenage Beacon in The Rookies 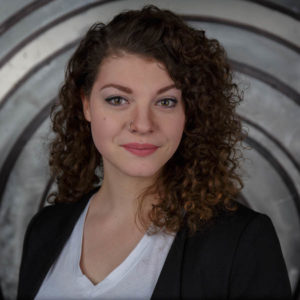